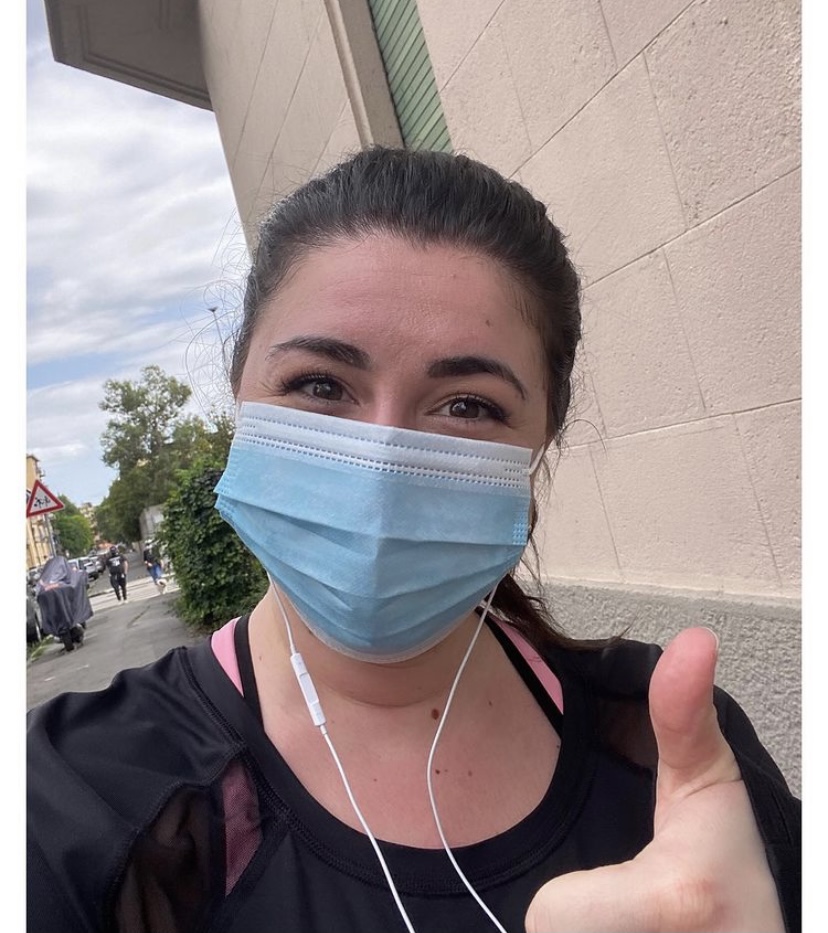 Hi friends! I hope you’re all having a lovely week so far- Happy Friday! Today I wanted to talk about how living in Italy has influenced my lifestyle choices since moving here three and a half years ago. Blame it on another lockdown in Milan, but I’ve been extremely nostalgic about life in Ohio, and how life used to be in Italy before Covid-19 hit last year.

It’s no secret that there are many cultural differences between America and Italy, and I’ve found that those differences also include many lifestyle choices that might not even be an option for me in Ohio! Upon moving to Milan, I wasn’t anticipating too much of a culture shock because I’d been to/briefly lived in Italy before, grew up in an authentic Italian family, and already had a decent handle on the language. Boy, was I naive! The day-to-day life that I had to adjust to has changed who I am as a person, how I view exercise and eating, and how I can be more conscious to help the environment. Keep reading below for four lifestyle changes that I’ve made since living in Italy!

There’s the saying in America that goes, “If you’re early you’re on time, and if you’re on time you’re late”. Well, that saying does not hold up in Italy. Mind you, I’m not always great at managing my “getting ready” time as it is. I’m usually late to things. However, the guilt that comes with being late has slowly washed away since living here in Italy. As one might anticipate, being late in a laid back country like Italy is often met with a, “Hey, you got here when you could”. It does not change how difficult it was to have a new mindset towards the topic though. Until I got my Italian license 8 months ago, I had to navigate when the trams would come, when buses would run, and always anticipate them being late so that I could be early. Who needs that extra stress? Now I’ve been able to let go a little and accept that if I’m five or ten minutes late, the world isn’t going to end. Obviously when going to work, business meetings, and doctor’s appointments, punctuality is always best. But do not be shocked or surprised if the party you’re waiting for just happens to be 10, 15, 20+ minutes late. Just as others are understanding of my tardiness, I’ve learned to accept it as the norm from others too.

I never really thought about the way that I ate in America. I knew that we had pasta, a meat or fish option, and vegetables at every meal, but we usually ended up eating on one plate. I was never picky about my food touching, so that enforced the “one plate” meal even more. When I moved to Italy I quickly became accustomed to eating a pasta dish as the primo, meat or fish as the secondo, then your side dishes, followed by salad, then fruit, then dessert. Obviously not every meal is made up of every single component, but rarely do you go to someone’s house and just see food put on the table. The pasta is never mixed with the rest of the food, and a plate change happens at least once per meal. When I first taught in Le Marche at a preschool, I was so taken back by how the kids set the table with tablecloths, glasses, and silverware for lunch. Preschool kids! They might have been running rampant before lunch, but they turned into composed little adults for meal time. If there’s one thing I’ve loved experiencing, it’s the elegant orchestra of food courses that’s conducted at each meal- each course with a purpose, each pairing to maximize the pleasure of our taste buds.

3. Walking, exercising, and choosing to be active!

Now, I’m not saying that I did NO exercise in America, or that I wasn’t a fan of moving my body in a meaningful way on a daily basis, BUT life in Ohio is different when you consider that you NEED a car to move around. To get anywhere in Ohio would take far too long on foot, not to mention the fact that there are not many sidewalks or bike lanes on main roads. Yes, Milan is a big city- and like other big cities around the world, walking is sometimes just easier. I remember when I first got here I had friends and colleagues who would suggest walking somewhere and say it was a really short distance from our current location. Well, a 20 minute walk and one sweaty Sofia later, we’d arrive at our destination. I can proudly say that unless it’s the thick of the summer- I don’t get sweaty walking long distances anymore. Oftentimes I prefer walking and will actively choose that as a transportation option as opposed to driving or taking the tram. My body has adjusted to the increase of movement, and I love that!

One of the things I love about living in Italy is how recycling is the norm here. In fact, you will often get fined if you do not separate your trash into paper, plastic, glass, or umido (leftover food). The trash trucks will quite literally not pick it up, and fine your building (in turn, you, and some very angry neighbors). I was not as conscious about recycling as I should have been when I lived in Ohio, and I’m glad I’ve been able to make it part of my lifestyle. Even in schools we have a plastic bin and a paper bin in each classroom. In the hallways you can find a bin for all materials that don’t fit that category too. From a young age, recycling is ingrained into children’s minds. Once you get started, it’s second nature. 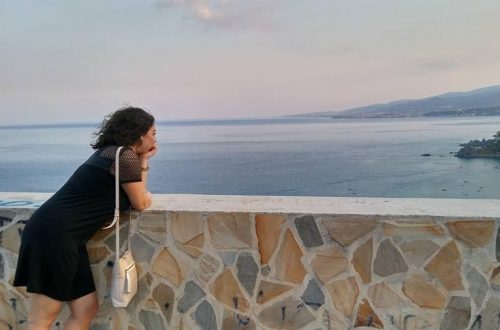 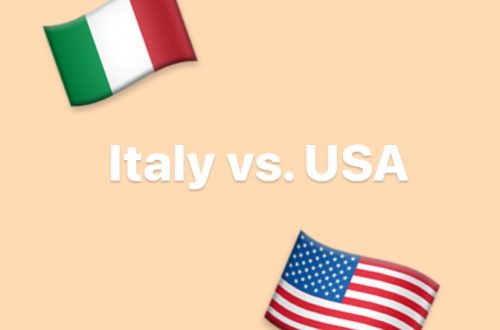 Italy vs. USA- Sexism and Sexuality What people think of when you say, “I live in It